The Last Conspirators will be playing a free acoustic in-store performance at the FYE store in Johnstown, NY this Saturday June 25th at 1pm. Tim, Nick and Geo will be playing stripped down versions of Last Conspirators songs in support of their latest Albany “Hold That Thought Forever”. The Johnstown FYE, in conjunction with the Local 518 show on WEXT. supports regional music with these free concerts and by selling local artists albums in their store! FYE is located at 213 N Comrie Ave. Johnstown, NY and can be reached at:  (518) 930-4119 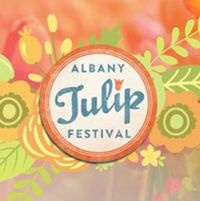 The Last Conspirators will close out the weekend festivities, with their powerful rock & roll show, at this year’s 68th annual Albany Tulip Festival, by playing on the historic Lakehouse amphitheater stage, in Washington Park, on Mothers Day, Sunday, May 8th at 4:45pm. This will be the band’s first area show in over a year and will be the live debut of songs from their new critically acclaimed album “Hold That Thought Forever”.  Their performance will take place on the WEXT sponsored Lakehouse stage, a beautiful, acoustically sound, outdoor amphitheater. The band, that includes the songwriting partnership of vocalist Tim Livingston and guitarist Nick Bisanz, will also feature bassist Mike Grundy and the live debut of drummer Ken Marchesani, along with multi-instrumentalist Geo, added on keyboards/guitar/backing vocals, to help capture the studio sound of the new album live. The Last Conspirators would like to thank the city of Albany and WEXT for the opportunity be part of this iconic event! This event of course is FREE and the perfect setting for all ages to see a show!  The Tulip Festival is Albany’s signature spring event. Featuring annual traditions rooted in the city’s rich Dutch heritage, nearly one hundred artisans selling their handmade crafts, a fine arts show, delicious food, the KidZone family fun destination, two stages of world-class live entertainment and more than 140,000 tulips in 150 different varieties, the Tulip Festival is a sparkling showcase of local culture and business. It all takes place in historic Washington Park, the 81-acre “crown jewel” of the City. 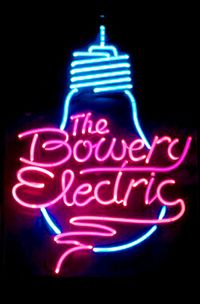 The Last Conspirators Opening for the Trews